This year our garden has been less successful than usual, in no small part due to skyrocketing inroads made by critters (squirrels for sure, maybe wood rats, too). They've managed to nibble the tender shoots and flowers of all our squash plants, so we aren't expecting any. Interestingly, they've left the cucumbers alone (too prickly?). The asparagus patch is about exhausted, the crowns having a limited life span. We're planning on eventually digging up those that are left, evaluating, and moving them to another location. Meanwhile, here's what I gathered the other day: 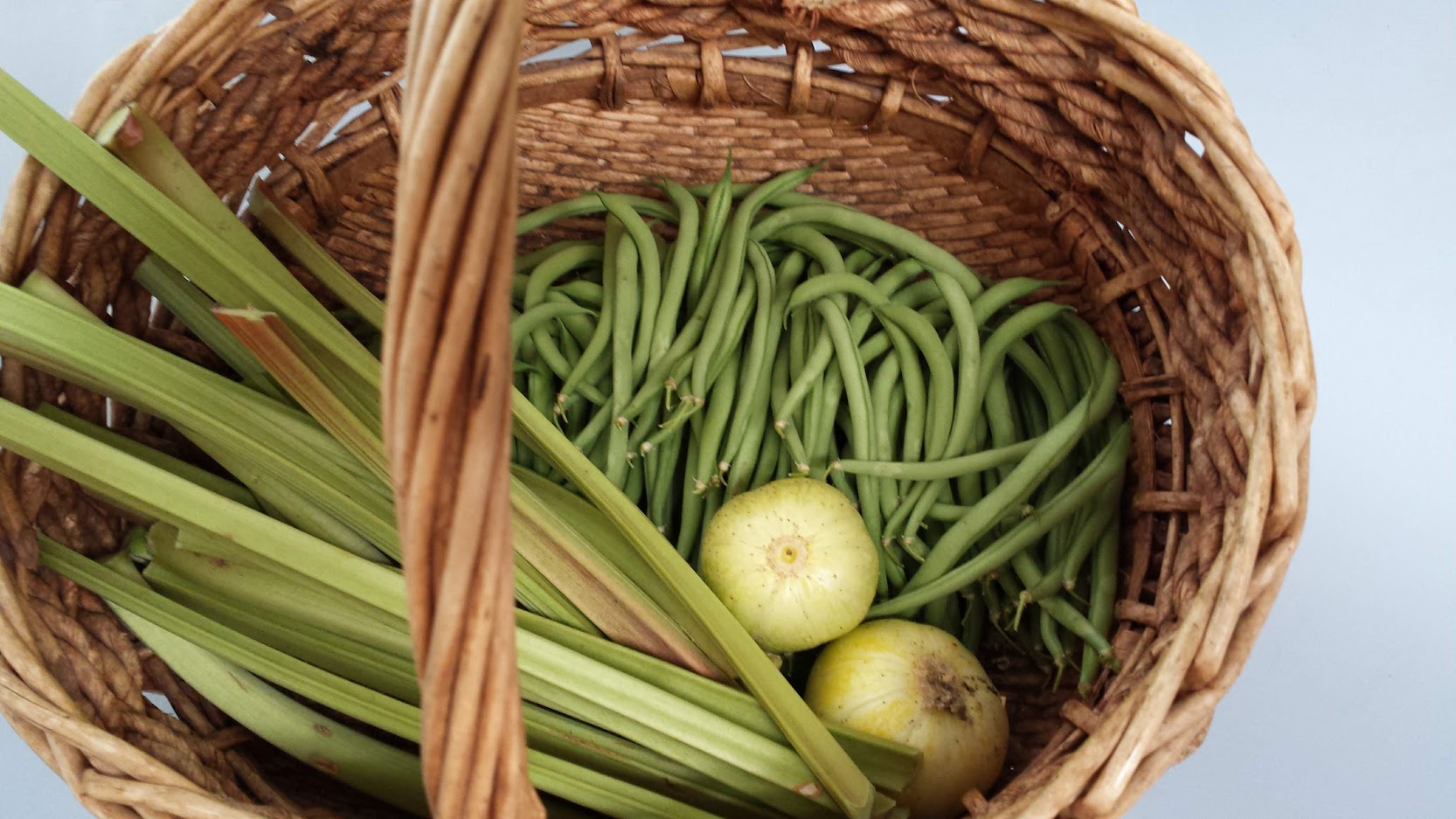 Rubarb: second harvest. Our plants give us two harvests a year, one in early spring, one in late summer. I simmer it with sugar and cinnamon, then freeze it to use for desserts in the winter holidays. Ours also never gets really red, but it tastes just dandy.

Green beans, Emerite variety. This type is prolific and stays tender even if seeds form. It's possible to use as a dry bean, too, but we eat them green. They freeze really well, too, when lightly steamed and vacuum sealed.

Not shown: tomatoes (late this year), grapefruit (our poor tree is sooo confused by climate change, it keeps dropping fruit now instead of in the winter). Wild blackberries, almost done in the heat (33 quarts frozen so far...)

Yet to come: pears and apples, sunchokes (after first frost), maybe parsnips (ditto).