A Season of Light

I love the postings about all the things we're grateful for. Many of them are commonplace, some extraordinary. One of the things I'm grateful for is that I've finally reached the stage -- whether from age or emotional maturity or divine intervention -- when I prefer a simple meal with family and friends to an extravagance of overeating foods that are far too rich for my body.

Hence, this year's festivities. A simple meal with my wonderful younger daughter and her partner: 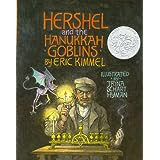 salad with tomatoes from garden (harvested green, then ripened on the counter, but still better than grocery store ones) and avocados from a friend; steelhead since they don't eat poultry or mammals; quinoa pilaf; buttercup squash from our garden; rhubarb crisp (from our garden, harvested last spring and frozen). After dinner, we lit Chanukah candles and enjoyed the traditional reading-aloud of a childhood favorite: Herschel and the Hannukah Goblins by Eric Kimmel (complete with silly goblin voices).

May your days be filled with joy and your nights with glorious light.
Posted by Deborah J. Ross at 10:42 AM No comments:

I've been quieter than usual here and I thank you all for keeping the archives nice and warm. A little while ago, I posted various sorts of good news. Here's what's on my plate -- er, my computer -- now.

I'm about to begin editorial revisions to the third book of The Seven-Petaled Shield. It's called The Heir of Khored, and if you've read the first one, that will mean something. If not, you have a treat in store. Heir is a June 2014 release. It's so great to have the volumes come out about 6 months apart. And, I must confess, a bit odd to be plunging into #3 on the eve of the release of #2 (Shannivar).

To "clear the boards for action," as it were, I finished the first, very rough draft of an "Attack Novel." That is, one that so grabbed me that I wanted to write it, even on spec. Depending on how extensive the revisions my editor wants for Heir and when the deadline is, I'm hoping the keep the excitement of this project going, at least long enough to send it out to a beta reader. A beta reader is someone I trust to take a look at the whole shapeless mess and give me an overall reaction. Beta readers are to be treasured and showered with chocolate.

I'm also working on an anthology that I've been keeping silent on until the lineup of stories was complete. Stars of Darkover (to be published by the Marion Zimmer Bradley Literary Works Trust in time for Marion's birthday, June 2014) is just that -- an anthology of stories by "Marion's writers" and "friends of Darkover," superb professional writers all. Once the contracts are done -- very soon now! -- I'll be able to post the Table of Contents. Stay tuned!

And if that isn't enough, I'm putting together a collection of my essays on writing, life, and the care of the creative muse. InkDance: Essays on the Writing Life will come out in January from Book View Cafe.
Posted by Deborah J. Ross at 1:00 AM No comments:

Over on the Book View Cafe blog, Katharine Kerr talks about systems of magic and how shedeveloped the one in her Deverry series. This is the first of a series well worth following, whether you write fantasy or love to read it.

I personally am of the opinion that fantasy magic systems are stronger and more emotionally moving when they have one foot in reality, as it were.  Historical magics, whether the disconnected spells and charms of folk magic or the elaborate systems of the elite, address deep human longings and concerns. Wanting to have someone love you, the fear of being harmed, the desire for revenge on an enemy, fear of what the future might bring, desire for riches, and above all, the fear of death — most folk magic revolves around emotions like these. The elaborate systems of Natural Philosophy, the late medieval/early Renaissance magic of the learned, center around the desire to understand the entire universe, to converse with beings other than ourselves, and to use this knowledge for . . . drum roll . . . most of the same reasons as ordinary folk had. Well, the natural philosophers did worry less about love charms.


Strong emotions, strong motivations. In ordinary life, we use the word "magic" to describe many of these experiences, even when we don't ascribe a supernatural element to them. Magic based in strong emotions is more accessible, more understandable, to the reader who has also shared some version of those longings and fears. They also make for great storytelling!
Posted by Deborah J. Ross at 10:36 AM No comments:

Over at the Book View Cafe ebookstore, Northlight is on special for the month of November for a

She’s a Ranger, a wild and savvy knife-fighter, determined to get help in finding her partner who’s lost on the treacherous northern border. He’s a scholar who sees visions, eager to escape the confines of city life and the shadow of his charismatic mother. With the assassination of a beloved leader and the city in turmoil, the two have only each other to turn to. What begins as a rescue mission turns deadly as together they unravel the secret that lies beneath Laurea’s idyllic surface.


“A beautifully constructed fantasy with characters who grow and mature before the reader’s eyes and who are engagingly human while being fantastically heroic. Her writing flows and the point of view switches are interesting and exciting. This book is a keeper.” — Rickey Mallory, Affair de Coeur

“A style and manner reminiscent of McCaffrey’s Crystal Singer series.” – The Bookwatch

“An unusual saga that starts slowly but builds to a startling climax.” — Sherry S. Hoy, Kliatt

“The plot moves briskly from crisis in Laureal to capture by the Norther barbarians to discovery of the true meaning of the Northlight of the title, with ample foreshadowing from the mysterious spooky something in the air of the frontier. And the culmination quite satisfactorily evokes the sense of wonder.” –Tom Easton, Analog

The audiobook version is here, from Audible, narrated by A. T. Chandler.
Posted by Deborah J. Ross at 10:30 AM No comments:

All Sorts of Great News

... some about my work, others just plain delicious. This week's round-up:

The latest Sword and Sorceress, just released, includes my story, "Pearl of Tears." It's a companion piece or reflection of "Pearl of Fire" from S & S XXII. The narrator, and the consequences of her actions, wouldn't leave me alone. The anthology is available in ebook and print editions from the usual places.

From Book View Cafe, a delicious and awesomely wonderful anthology of "author's favorite" stories (edited by me and Pati Nagle). "From the fantasy and science fiction of our roots to steampunk, romance, historical and mainstream; from humor to life’s hardest challenges, across the spectrum from light to dark. Stories by Ursula K. Le Guin, Vonda N. McIntyre, Marion Zimmer Bradley, and many more." Here's the link to order it or download a sample story. The Table of Contents:

A Literary Midwife's Gift of Love

My friend Mary Rosenblum calls herself a "literary midwife." She's not only an amazing writer but has taught writing for many years and now offers a variety of editorial and publishing services, and a cool newsletter, The New Writer's Interface.

We talk about keeping a balance in our lives between work, love, and play. Sometimes they all come together, with love at the center. Mary tells a story of how she edited and published a collection of charming stories her neighbor wrote about a cat:

Norm stopped me on the street a few weeks ago. “I hear you help writers publish books,” he said hesitantly. “My wife wrote this children’s picture book a long time ago. People said she should publish it but she never did.” I was already gathering up the gentle excuses; too many clients, not enough time, I don’t really work with children’s picture books…  I didn't want to take his money to edit the 'best seller' I was willing to bet he expected.

“She’s really depressed,” he went on. “She hasn’t smiled since she went in [the nursing home].  I don't care what it costs to publish it,  I’m hoping this will cheer her up, give her something to feel good about.”

My little tower of excuses came tumbling down. “Uh, sure.” I did not gulp. “Let me come take a look at it.”


Books can mean so many things, including ways of telling the stories of our hearts, remembering our lives, honoring those we love. 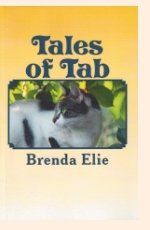 Thoughts on Being Human

what it means to be human.

I think we Homo sapiens have been discussing what being human is and means since we developed abstract language and probably before that. At first, the driving motivation was undoubtedly how to tell what is us and not-us. This is certainly a biological imperative at the cellular level; our immune systems must tackle the question every day, attacking foreign substances like viruses, bacteria, and allergenic proteins, and it’s also why cancer is so insidious (cells with the right molecular passwords that nonetheless behave like ravening barbarians). The same distinctions hold true at the level of the individual, family/clan, and larger, political units. Whether we’re talking about communities or nations, “us” = “human” = friendly, safe, cooperative, reliable, and “them” = “something else” = dangerous, untrustworthy, competitors for limited resources. In this way, “human” tends to be exclusionary and frictions tend to narrow the scope even further.