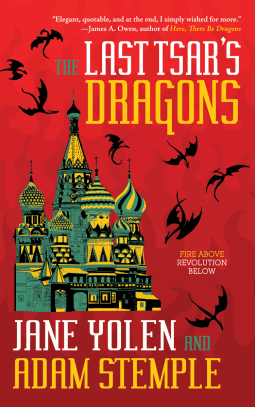 This dramatic yet playful re-telling of the days leading up to the Russian Revolution (with dragons!) offers a variety of delights, from the courtly intrigues and madness of Rasputin, to the Jews huddling in the burrows to avoid the tsar’s dragons, to the machinations of the revolutionaries, to an entirely new meaning of the term “red death.” I believe the authors, seasoned professionals both, had way too much fun concocting this tale.

A little knowledge of the Russian Revolution is desirable for enjoying this book, and I fear that younger readers, who think “Putin” when they hear “Russia,” had little understanding of the tumultuous events leading to the formation of the Union of Soviet Socialist Republics, and the principle movers and shakers of those days. On the other hand, The Last Tsar’s Dragons would make a great addition to a serious class about the early part of the 20th century. By shifting the narrative of power to metaphor, while preserving actual historical and occasionally fictional characters, this could and should provoke lively discussion.


How to Fracture a Fairy Tale, by Jane Yolen (Tachyon Publications) 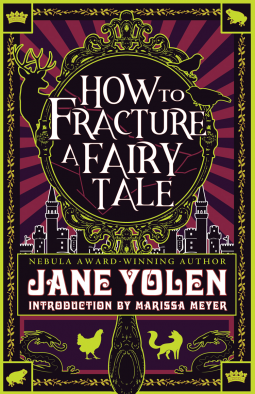 When it comes to giving classic (and not-so classic) fairy tales a new twist, nobody does it better than Jane Yolen. This collection includes her children’s book, Sleeping Ugly, which I read aloud innumerable times to my own daughters. Best of all, though, are Yolen’s own comments on the tales, the nature of fairy tales, and how we grow and heal through story-telling.

The usual disclaimer: I received review copies of these books, but no one bribed me to say anything in particular about them. Although chocolates and fine imported tea are always welcome.