Detecting Fake Social Media, the Origin of the Dinosaurs, and Other Cool Science News

Algorithm to locate fake users on many social networks

Ben-Gurion University of the Negev (Beer-Sheva, Israel) and University of Washington (Seattle) researchers have developed a new generic method to detect fake accounts on most types of social networks, including Facebook and Twitter. According to a new study in Social Network Analysis and Mining, the new method is based on the assumption that fake accounts tend to establish improbable links to other users in the networks.The algorithm consists of two main iterations based on machine-learning algorithms. The first constructs a link prediction classifier that can estimate, with high accuracy, the probability of a link existing between two users. The second iteration generates a new set of meta-features based on the features created by the link prediction classifier. Lastly, the researchers used these meta-features and constructed a generic classifier that can detect fake profiles in a variety of online social networks.

Dinosaurs ended -- and originated -- with a bang!

Lead author Dr Massimo Bernardi, Curator at MUSE and Research associate at Bristol's School of Earth Sciences, said: "We were excited to see that the footprints and skeletons told the same story. We had been studying the footprints in the Dolomites for some time, and it's amazing how clear cut the change from 'no dinosaurs' to 'all dinosaurs' was."
The point of explosion of dinosaurs matches the end of the Carnian Pluvial Episode, a time when climates shuttled from dry to humid and back to dry again. There were massive eruptions in western Canada, represented today by the great Wrangellia basalts -- these drove bursts of global warming, acid rain, and killing on land and in the oceans.

Seasons of Snow Cover in the West 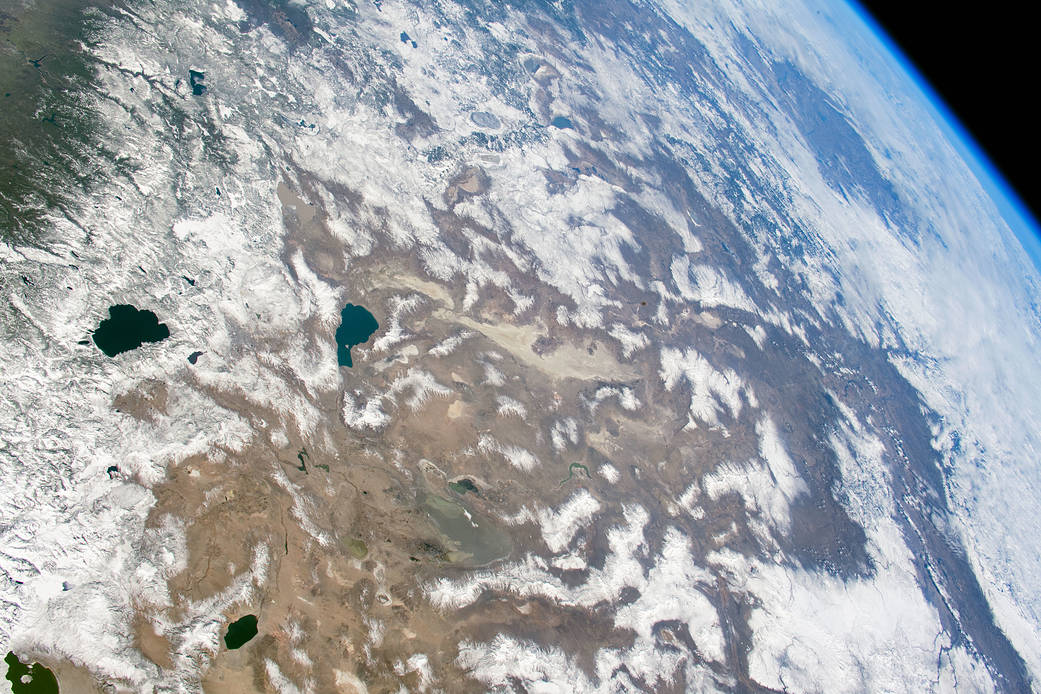 Astronauts aboard the International Space Station captured this photo while flying over the western United States. The wide field of view stretches from the Sierra Nevada of California to the Columbia Plateau of Oregon and the Snake River Valley of Idaho.

A study by scientists at the Center for Infection and Immunity (CII) at Columbia University's Mailman School of Public Health finds New York City house mice carry bacteria responsible for mild to life-threatening gastroenteritis in people, and some of these bacteria may be resistant to antibiotics. Findings appear in the journal mBio.

Can a simple blood test rule out lung cancer?

A blood test to measure the levels of two proteins in plasma that are common predictors of lung cancer was 98 percent effective in a multicenter clinical trial at distinguishing benign from malignant lung nodules when combined with a patient's clinical characteristics to form an integrated classifier.

So that's all the purchasing, delivering, transport — all the steps before food is sold at the store. Whether it's buying ugly produce, committing to purchasing whole crops, or working with delivery companies to find a place where a rejected order could go instead instead of being tossed in a landfill.

Arterial stiffening, in which arteries become less elastic and more rigid, can result in increased blood and pulse pressure. In addition to being a known risk factor for cardiovascular diseases, it is also associated with diseases like diabetes and renal failure.
Posted by Deborah J. Ross at 1:00 AM