Short Book Reviews: A Fabled Journey to the East, With Horses

All the Horses of Iceland, by Sarah Tolmie (Tordotcom) 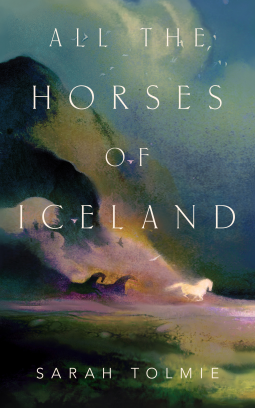 In a long-ago time, a Norse trader embarks upon an expedition to Central Asia in search of riches. He hooks up with an experienced Jewish merchant as they travel through Khazaria to the steppes of Mongolia, through war-ravaged territory and vast, open lands. He encounters new peoples and their magic, bringing the wisdom of his people and learning much more. When he returns to his home in Iceland many years later with a herd of tough steppe horses, led by a white mare without a name that sometimes only he can see, he is a changed man.

The best thing about this short novel is the wonderful authorial voice. Tolmie conveys both familiar and unfamiliar customs and assumptions without modern exposition. That is, Eyvind remarks on events from the context of his own culture and understanding of others, not from a modern narrator’s viewpoint. The effect is to immerse us into a world view informed by his open-mindedness. He takes the customs and teachings of the people he encounters on their own terms, with an occasional dry and witty comment. He’s incredibly generous, even when he disagrees. His open-mindedness evokes an open landscape, both of thought and of physical distance. It’s very deftly done. While there is plenty of adventure to be had, for me the heart of the story is very much the exploration of a vivid world only hinted at in history books.