Book Reviews: Polyamory Is a Great Place to Raise Kids 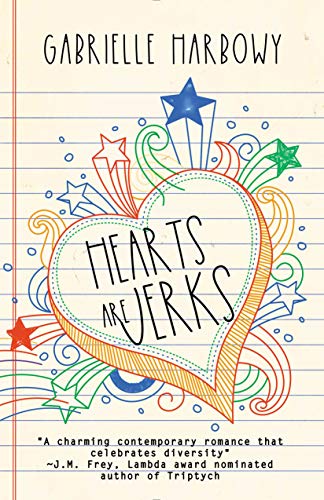 Back when gay marriage was being hotly debated in my state, opponents railed that the next thing, people would be able to marry more than one other person. My response, then and now, was “I don’t see why this is not a good thing.” It has always struck me that each loving relationship is unique, and the problems so often depicted in a negative way in films, television, and novels arise from poor communication and the expectation of jealousy. Characters all too often flirt with someone they’re not interested in, in order to arouse the possessive rage of their spouses. Dating more than one person is considered de facto “cheating.” Added to this pressure is the expectation that teens, who are at the beginning of their romantic lives, must find and stick with the “right” person without exploring other relationships. The truth is that all of us love more than one other person, although we typically place the different relationships in different categories: we love parents, children, siblings, kinfolk, friends, comrades...and romantic partners...at the same time. Many cultures have some form of polyamory, whether it’s marriage to more than one other person or socially acceptable lovers in addition to spouses. Human behavior and sexuality is so varied, why should we presume ours is the only right way? Or that one way is right for everyone?

I was delighted to discover Gabrielle Harbowy’s novel, which centers on a teenager who has grown up in a polyamorous family in which relationships are negotiated with kindness, skill, and clarity. Alicía Diaz considers it normal for both her parents to have other partners, and her life has been enriched by their loving support. When she begins to date both another girl and a boy, she always has someone who understands and can help her articulate the issues of consent, boundaries, privacy, and communication. Allie’s life takes a turn for the complicated when her girlfriend moves across the country and she briefly explores a relationship with the boy her girlfriend has been dating. To make matters worse, Allie inadvertently makes an enemy of a classmate, one who seeks payback through the rumor mill. Soon Allie finds herself the object of a vicious campaign of gossip, one that could have dangerous consequences.

As the author herself points out in the afterword, Allie’s family is privileged in many ways. Not only do her parents and their partners have stable, examined relationships and healthy ways of resolving conflict, but they are educated and financially secure. They are not vulnerable to blackmail or at risk of losing their jobs or homes. While these authorial choices exclude many poor families or those in occupations at risk should their polyamory be made public, the exclusion allows the story to focus on the core issues involved in creating, nourishing, and ultimately defending multiple loving relationships.

Harbowy’s prose is literate and flowing, her dialog and characterizations evocative. The voice of her teen narrator is spot on. Challenging material in the hands of a sympathetic, skilled story-teller make for a page-turning, satisfying read that captured my attention and held it to the very last words.

Allie herself reflects that “hearts are jerks,” meaning we cannot turn love on and off like a faucet. We often go to great, sometimes ridiculous lengths for those we love. Sometimes loving another person comes with unexpected, almost insurmountable challenges. Allie meets hers with courage and forthright honesty. We definitely need more stories like hers!

I should add that I read most of this book while my family and I were evacuated from the 2020 California wildfires, and I found the sanity and compassion of Allie and her partners and family incredibly reassuring. Hearts may be jerks, but the people we love most certainly are not.

Email ThisBlogThis!Share to TwitterShare to FacebookShare to Pinterest
Labels: polyamory, YA literature