Short Book Reviews: Rescuing a Vampire on a Transatlantic Voyage 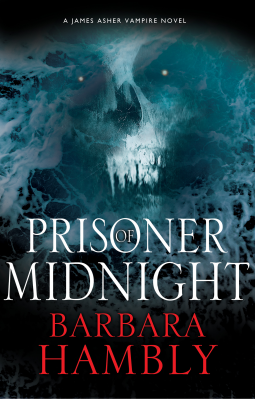 I fell in love with Don Simon Ysidro, Spanish Renaissance vampire, and James and Lydia Asher, sometimes friends and allies, consummate vampire hunters, with their first encounter in Those Who Hunt the Night, one of the best vampire stories ever. Hambly’s vampires are not nice. They are not sparkly. They are very definitely not safe. But they are compelling, and when, in 1917 and the heat of the first World War, Dr. Lydia Asher receives a coded distress call from Don Simon, she does not turn away. Theirs is a long and complicated history, and more is at stake than their friendship. If Don Simon has been taken captive by an agent of one of the Great Powers, his terrible powers could turn the tide of the war.

The story unfolds aboard a ship crossing the Atlantic, complete with revolutionaries riding belowdecks, an insanely ambitious American industrialist, Jewish refugees, and the unexpected inclusion of Lydia’s young daughter, whom she believed safe at home in the custody of one of her aunts. Oh yes, there are German submarines in these waters, and no ship is safe from their torpedoes.

One mysterious death after another stokes superstitious fears of a vampire aboard – and where is Don Simon? What hold does the industrialist, Cochrane, have over him, and how can Lydia break it? And what will Lydia have to do to prevent the introduction of a vampire to the fertile feeding grounds of America?

I finished the story, with its breathless climax, wanting to go back and read all the adventures back-to-back.

The usual disclaimer: I received a review copy of this book but no one bribed me -- quite unnecessarily -- to praise it.

Email ThisBlogThis!Share to TwitterShare to FacebookShare to Pinterest
Labels: Those Who Hunt the Night, vampire stories, WWI fantasies