[personal rant] Why I Am Adamant About Vaccination 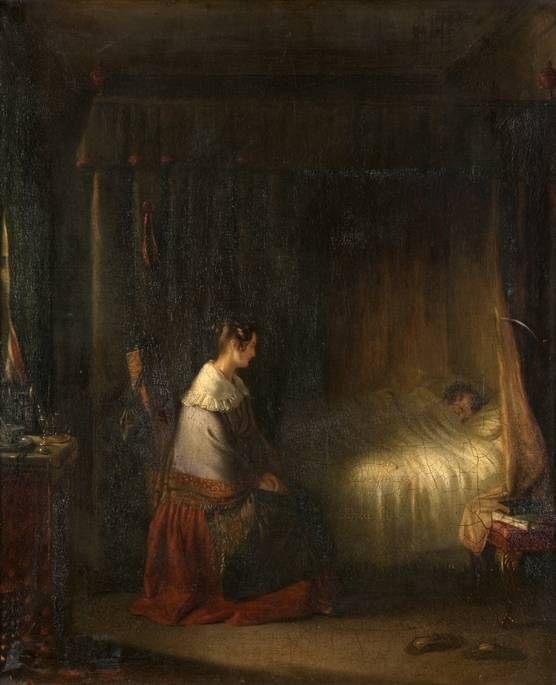 I remember a time when there was no question about vaccination. It was a modern miracle, a triumph of science over disease. I grew up reading Paul de Kruif’s Microbe Hunters, thrilling to the discoveries first of microbes, then of the microbial causes of contagious diseases, and most importantly, the development of vaccines that used the body’s natural immune systems to confer resistance. Terrible diseases like smallpox and polio would soon become a thing of the past, museum relics.

In the years of my childhood, everyone expected kids to get round after round of communicable diseases, most of them viral. This happened to me, too. Before I hit adolescence, I’d had measles, mumps, chickenpox, and rubella (German measles – more about that below). I have vivid memories of losing weeks of school but also of my mother nursing me through each round. I never got diphtheria or pertussis (whooping cough), although the kids down the street got it, or polio. I did know kids who got polio, and everyone knew someone who knew someone who’d died of it. So when the Salk (injected/inactivated) vaccine came along, I got it, and then later the Sabin (oral/live). I was in high school when the Sabin vaccine was made widely available, and my service club helped to administer it on sugar cubes.

I’m diligent about tetanus (TDap, with diphtheria) boosters, and received the shingles and pneumonia vaccines on schedule. I also get a yearly flu vaccine, although the one year I didn’t try hard enough in the face of limited supply for my age group, I came down with it: a month-long bout of H1N1 was no fun at all. So in terms of understanding how vaccination contributes to my personal health, I practice what I preach.

But there’s more to the story than just whether I as an individual am protecting myself. Those who scoff at the value of herd immunity receive its benefits while opening the door to exposing not just themselves but those who cannot be vaccinated for medical reasons (babies too young, people of any age who are immunocompromised, etc.) One of the consequences is that when adults contract “childhood” diseases, they are often much sicker and at much greater risk of complications. I saw this when my first husband came down with measles at age 24. His fever spiked above 105o F, leaving him delirious. I spent a night coaxing him into and out of a lukewarm bath, which effectively brought down his temperature to a safer level, over and over again. He was much, much sicker than I’d been at age 10 with the same illness. It took him weeks to fully recover, and thankfully he did not suffer pneumonia or encephalitis, which are more likely in adults over 20 (and children under 5), according to the CDC.

During my first pregnancy, an antibody titer that revealed I’d had rubella as a child. A series of conversations with my mother and sister put together the pieces of my own family tragedy due to contagious disease. In most cases, rubella is a mild infection, except when a woman is pregnant. Contracted in the first 12 weeks of pregnancy, babies have an 85% chance of Congenital Rubella Syndrome, including deafness, cataracts, heart defects, neurological issues, and other significant problems. The risk goes down as pregnancy progresses.

This is what happened to my baby sister.

My mother had been mildly ill, and I had been, as well. My sister Madeleine was born blind and with heart defects. She lived only 6 months.

At the time (1950) there was no vaccine, but there is now. Today this loss would have been completely preventable by vaccination, not just for the mother but for all the people around her. This is a public health issue that involves us all.

So when I hear the anti-scientific justifications for refusing to vaccinate children, I think of the baby that could have lived and the grief that haunted my mother the rest of her life. I don’t care about personal choice or fears of governmental conspiracies. None of them count in my mind against the lives of my baby sister, and everyone’s sisters and brothers.

Recently I posted a story on social media:

A person posted this reply:

Feeling sad to see you or anyone use the “wacko” label. It alienates you from anyone with another opinion and it undermines the strength and value of the rationale presented with an ad hominem attack. I have actual reasons for my position and I’m now completely demotivated from sharing them with you.

I honestly do not care what their reasons are. This is not a “tomaytoe, tomahtoe” discussion where understanding through respectful dialog is the goal. This is about whether we as human beings are capable of acting for our common good (which in this case includes protecting our most vulnerable from preventable severe disability and death itself), at the cost of a much smaller risk and a little inconvenience. Do not ever try to convince me that this area of public health is an infringement on civil liberties, or is a plot on the part of Big Pharma. My sister’s life is more valuable than your conspiracy theories.

If you have very young children, aged parents, loved ones with organ transplants or who are otherwise immunocompromised, I will do my utmost to keep you and those you love safe. I will not be the means by which those who cannot be vaccinated fall ill, not if I can help it.