GUEST BLOG: Juliette Wade on "Gatekeepers - you're one, too" 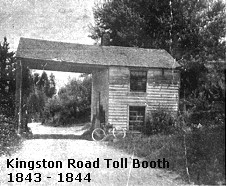 There are always gatekeepers.

I think when we writers most commonly use the term we're thinking of editors, because editors are he most famous. We think of the magazine slushpiles and those assigned to read them, whether they be designated first readers or head editors. We think also, of course, of the agents and editors in the novel-publishing world. Gatekeepers are the ones who get to say to you,

or to put it less gracefully,

Here's the thing, though. The editors and agents aren't the only gatekeepers here. Every one of us who participates in this enterprise is a gatekeeper. It's just that the job of gatekeeping without an official title is far more complex, and more likely to go unnoticed.

Say I'm online and I get approached by someone I don't know, asking to connect or even to have a live hangout with me. How do I know that person is for real, and not some sort of spammer/scammer?

Say I'm at a convention and someone wants to come up and talk to me about my writing, or their writing, or writing, or science fiction and fantasy in general. And I have somewhere to go, or I feel uncomfortable, or I've been deluged by fans (not that this happens to me!) and have had enough, etc. etc. I say no or back out of the conversation. There are plenty of perfectly legitimate reasons to do this. Some of them have to do with mental bandwidth and exhaustion rather than anything else.

However, this is also where inclusiveness succeeds or fails.


Let me tell you about an experience I had early on in my writing career. I found my way to the local convention because I had started writing, and absolutely loved it, and figured that was a way to meet people in this business (guess what? It was a great one).

At my first visit, I had a three-month-old baby and was just trying to figure out which end was up, and I approached an author after a panel and asked how to get involved, and he very kindly directed me to apply to the convention's writer's workshop. It was a super-brief interaction, but just what I needed. So I went off and a year later showed back up with a story for the writer's workshop, joined the workshop and really enjoyed it... At that point, when I approached the same author to thank him and attempt to have a conversation, he didn't want to talk to me.

This is a hard one, of course. Why should he feel obligated to talk to me? Nobody is obligated to talk to anyone, are they? People have demands on their time. The better known they are, the more likely they are to be deluged with people. They might just be having a bad day. It's not all about me in this world! But the thing that bothered me was that after several consecutive years of attempting to approach him, I showed up with a copy of Analog with my story in it, and his attitude changed instantly. Suddenly he was back to being willing to have a conversation.

That's gatekeeping. Every time we are agreeing or not agreeing to have a conversation, we could be opening a gate or shutting one for someone who needs it. It's a tough responsibility - and involves tough decisions. It would be so easy to lose every moment of our time to people who won't be able to have constructive interactions with us. We have to protect that time, or we can't function as professionals.

So we are always looking for reasons to say no.

I'll get back to that word "legitimate" in a second.

First off, what exactly is it that says to us at any given point, "This person can't be serious" or "This person is a waste of my time"?

I come out of academia, and in that context, the best way to be taken seriously on the most basic level is to engage with the texts. Of course it depends on whom you're dealing with, but if you can come in having read something, and not just say "I read this" but express an opinion that refers to a particular part of a scientific argument, or a contentious quote, etc. then you are more likely to be taken seriously (this is obviously not foolproof!).

When I approach an author whom I want to interact with as a fellow author and not simply as a fan, I make sure to have read something and thought through an opinion about something very specific. Worldbuilding, most often, since that's my geeky thing. "I liked what you did in X book when you created Y in Z way" is something I like to be able to say. It's sort of a statement of good faith - not foolproof, but at least has a better chance of receiving attention because it's my way of saying I care.

It's important to realize the person just may not have time for you at that moment. And that's okay. They don't owe you, just like you wouldn't want to feel like you owed anyone else.

On the other hand, so many people have helped me that I always feel inspired to some degree to help people out. This is why I find my way to workshops, which are structurally designed to give me a forum for interacting with people and discovering their work. That makes it much easier than just chatting in a hall!

There's something else going on here, though, that comes back to the question of legitimate reasons to say no.

This is a place where bias creeps in. Right there, in that split second when you're turning around to see someone and decide whether to interact with them. When you're looking for a reason why you need to be off to that lunch you have, or why you are too tired to deal with anyone right now, etc. etc. Something about the person can make you say no without you fully making the connection as to why. These are little tiny moments. They pass by us so quickly, but they can be terribly important.

And they are also the places where we can make a big difference for inclusiveness. If we try to think consciously. If we give it a second or two, a word or two of encouragement.

I won't claim this is supposed to be easy. Everybody has a different balance of introversion and extroversion, a different threshold of safety - and maintaining that safety is vitally important. But I also think it's important for people to realize that we are all gatekeepers. We are all constantly re-creating the inclusive or exclusive environment of our social milieu, whenever we say yes or no.

It's something to think about.