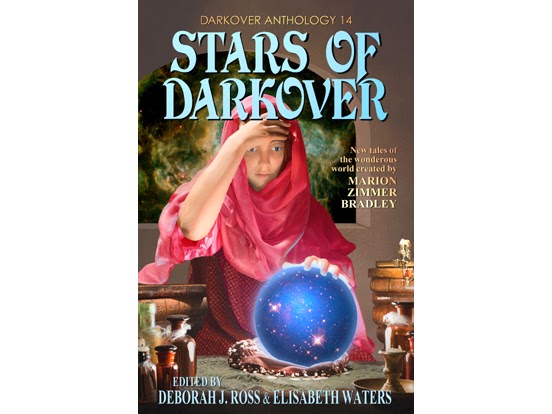 STARS OF DARKOVER – not just the glorious night sky over the world of the Bloody Sun, but the authors who have been inspired over the decades by Marion Zimmer Bradley’s favorite world. It will be released on June 3, 2014, to celebrate Marion's 84th birthday.

Rachel Manija Brown's post-apocalyptic YA novel "Stranger," co-written with Sherwood Smith, is forthcoming from Viking in 2014.  She is the author of the memoir "All the Fishes Come Home to Roost: an American Misfit in India," and also writes short stories, graphic novels, poetry, television, and plays. She is currently a graduate student at Antioch University, Los Angeles, in the MA program in clinical psychology, with a specialization in trauma.

­Deborah J. Ross: What inspired your story in Stars of Darkover?

Rachel Manija Brown: My story, "The Fountain's Choice," was inspired by a brief scene in Stormqueen! which shows riyachiyas, who are genetically engineered to be living sex toys, always willing, always obedient.

To play against that character, I wanted a character whose choices had also been constrained, and who had internalized that constraint: someone who could choose, but didn't know it. And since the female riyachiyas were designed be more stereotypically feminine than any ordinary woman could ever be, I wanted to set her against a character who didn't fit into ideas of masculine and feminine at all: an emmasca.

That plus some of my favorite Darkover tropes - delicious food, hurt-comfort, training sequences, interesting laran powers, Ages of Chaos decadence, the harrowing wilderness journey in bad weather - made a story.

RMB: My novel Stranger, which I co-wrote with Sherwood Smith, is coming out this fall.  It's a YA novel set in a post-apocalyptic frontier town. I would describe it as The X-Men meet the Wild West.